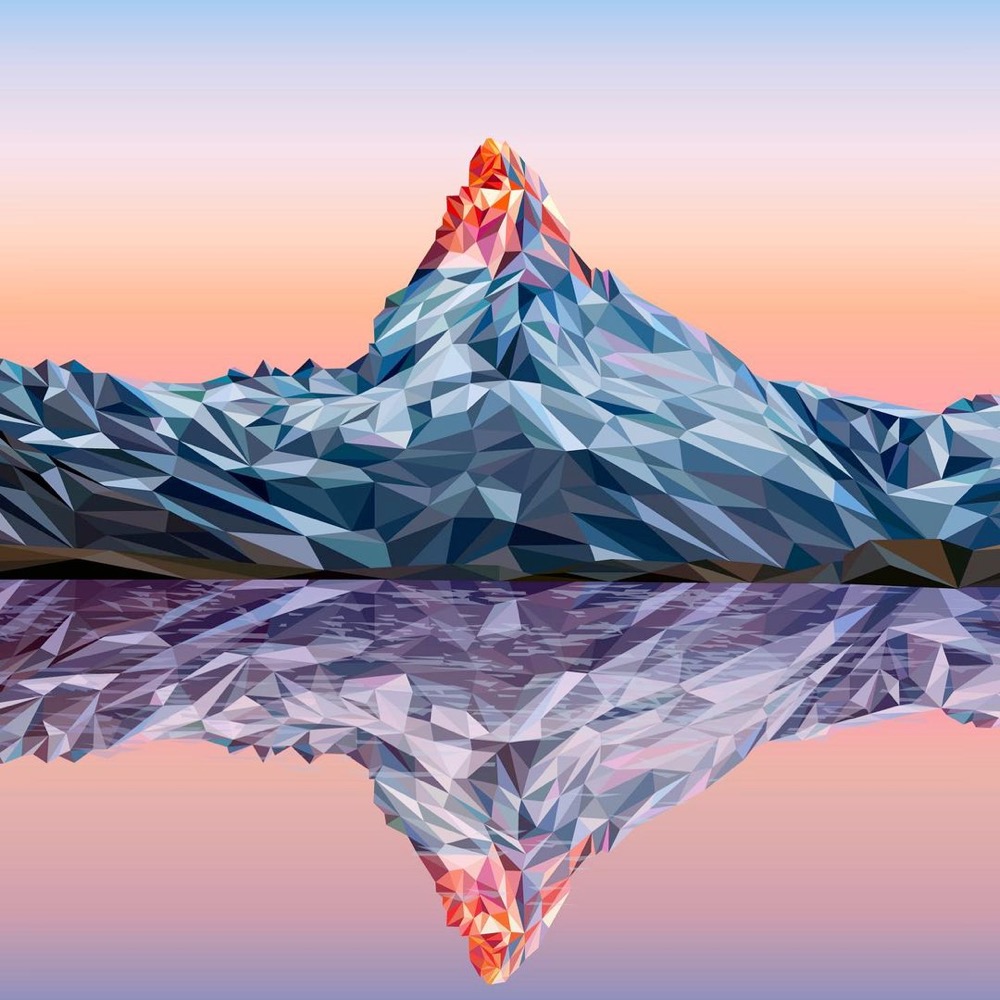 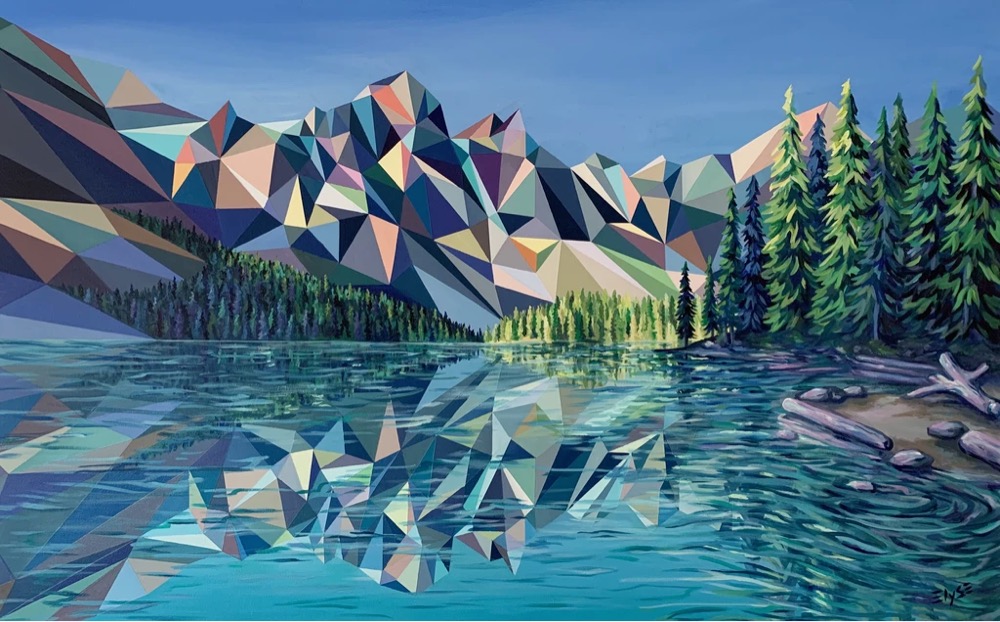 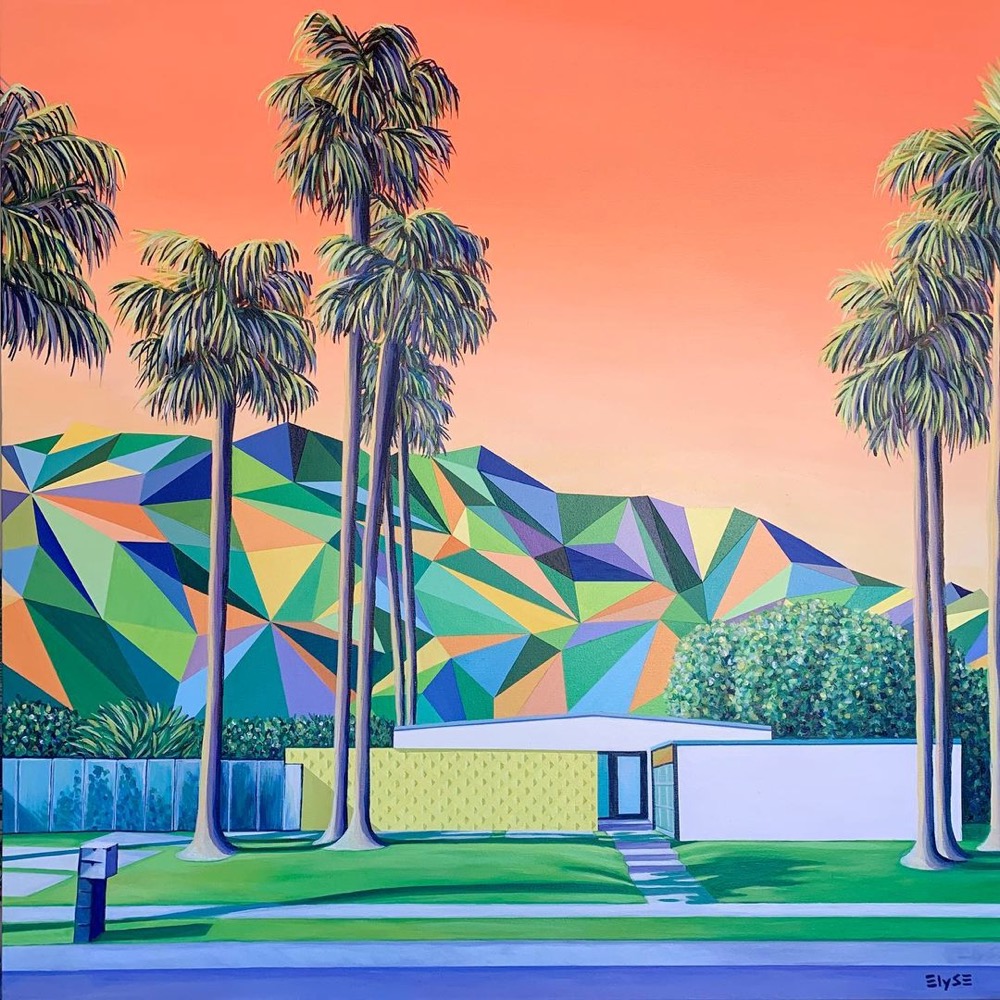 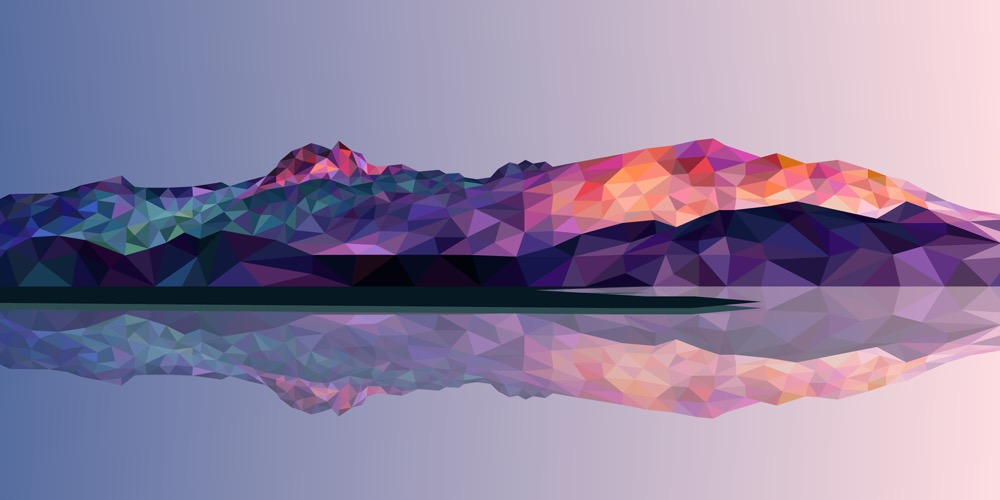 Lovely work here by Elyse Dodge — these look like half-finished renderings by the machine that’s simulating our universe. You can keep up with her work on Instagram or get some for yourself in her shop. (via moss & fog)

pinksquirrel
reply
this is nice!

Dr. Fauci and all of the virologists and epidemiologists and doctors have studied diseases and vaccines for their entire lives, so I listen to them and I urge you to do the same. None of us are going to learn more than them by watching a few hours of videos. It’s simple: if your house is on fire, you don’t go on YouTube, you call the damn fire department. If you have a heart attack, you don’t check your Facebook group, you call an ambulance. If 9 doctors tell you you have cancer and need to treat it or you will die, and 1 doctor says the cancer will disappear, you should always side with the 9. In this case, virtually all of the real experts around the world are telling us the vaccine is safe and some people on Facebook are saying it isn’t.

In general, I think if the circle of people you trust gets smaller and smaller and you find yourself more and more isolated, it should be a warning sign that you’re going down a rabbit hole of misinformation. Some people say it is weak to listen to experts. That’s bogus. It takes strength to admit you don’t know everything. Weakness is thinking you don’t need expert advice and only listening to sources that confirm what you want to believe.

pinksquirrel
reply
I love this.

cjheinz
reply
Uncle Joe should appoint the A-man to head a Commission to Combat Misinformation.

Paul Krugman writes about the harmful effects of “libertarianism gone bad, a misunderstanding of what freedom is all about” that have been made plain by the Covid-19 pandemic.

But you also see a lot of libertarian rhetoric — a lot of talk about “freedom” and “personal responsibility.” Even politicians willing to say that people should cover their faces and avoid indoor gatherings refuse to use their power to impose rules to that effect, insisting that it should be a matter of individual choice.

Many things should be matters of individual choice. The government has no business dictating your cultural tastes, your faith or what you decide to do with other consenting adults.

But refusing to wear a face covering during a pandemic, or insisting on mingling indoors with large groups, isn’t like following the church of your choice. It’s more like dumping raw sewage into a reservoir that supplies other people’s drinking water.

Cleaning trash from rivers before it reaches the ocean by Patrick Tanguay
Friday November 1st, 2019 at 2:50 PM 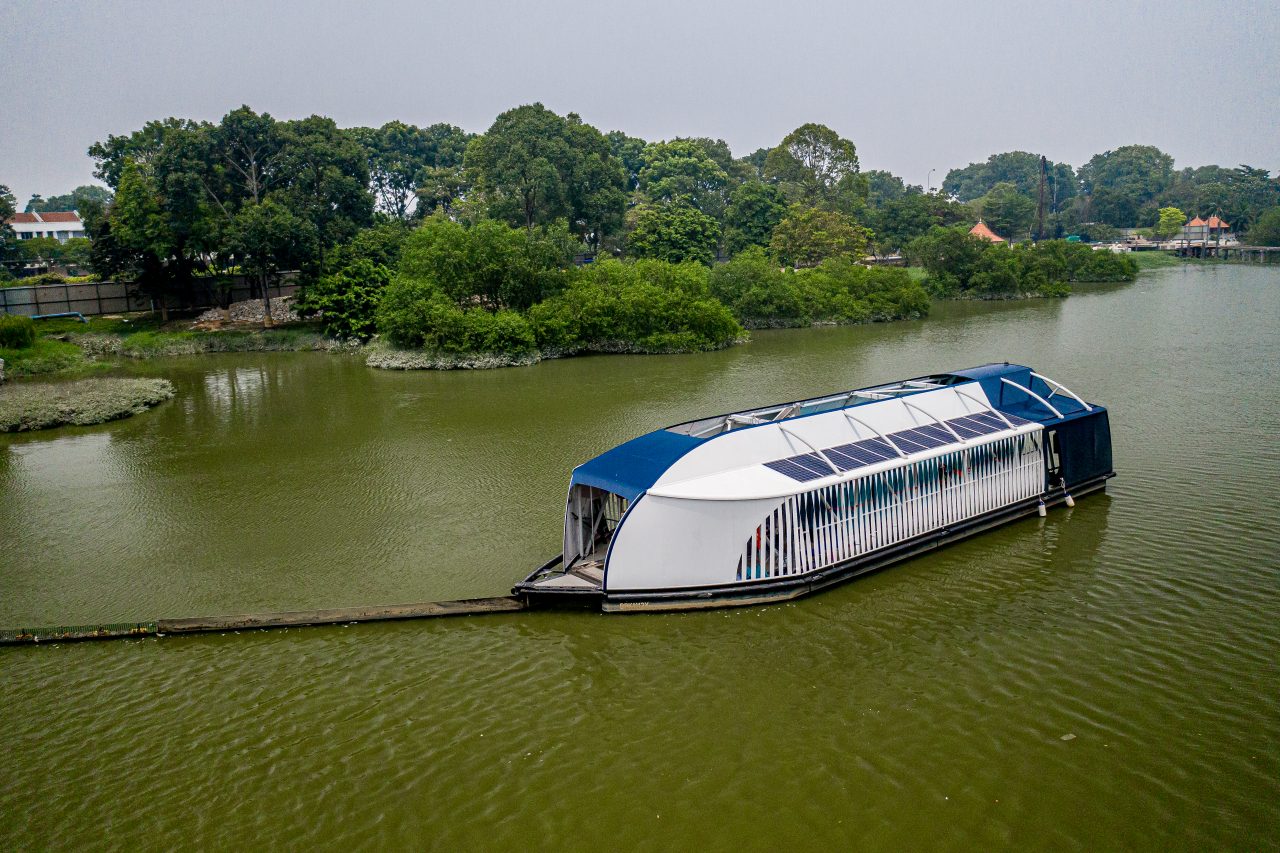 The nonprofit The Ocean Cleanup “secretly” developed another idea to clean oceans, The Interceptor which aims to stop trash in rivers, before it even reaches a greater body of water.

[W]hile countries and companies try to make more fundamental changes—like reusable and refillable packaging, single-use packaging bans, and recycling systems that actually work—it’s clear that tackling the problem in rivers is one part of the short-term solution.

When it comes to cleanup, it’s also far more effective to start on beaches and on rivers rather than trying to tackle the problem in the middle of the ocean. The Ocean Conservancy, which conducts beach cleanups, is also beginning work on a river cleanup system in Vietnam.

The Interceptor takes the form of a barrier anchored to the riverbed, which directs trash into the system. It runs on solar power and in just one day it “might extract as much as 50,000 kilograms of trash; depending on the currents, tides, and how much plastic is in a given river.” According to their research, just 1,000 rivers are responsible for over 80% of the trash entering the ocean. The first two Interceptors are already at work in Klang, Selangor, Malaysia and the Cengkareng drain in Jakarta, Indonesia.

Baltimore's Mr. Trash Wheel would like a word... I get that this is a slightly different iteration but it's not like we haven't been working on a concept like this.

An Alternate ABC Song that Slows Down the Tricky LMNOP Bit by Jason Kottke
Monday October 28th, 2019 at 3:59 PM

I tracked down the original video from 2012:

The alternate arrangement is by Matt Richelson, who runs a popular YouTube channel and several websites dedicated to offering free materials (songs, lesson plans, etc.) to help kids learn English. Here’s what Richelson says about his version of the ABC song:

About the slow l,m,n,o,p: I teach young learners of English as a foreign language, and have found this way the most effective for teaching the letters.

I love the ellemmennohpee bit as much as anyone, but his reasoning is solid.

pinksquirrel
reply
This version has a very similar rhythm to how I sing the alphabet backwards (Z-Y-X...). I think I might like it better!

I don’t know the author or typographer behind The Temporary State. There’s a contact address that reads “B. Tulskaya ul. 2-571, Moscow, Russia, 115191.” But Mx. Tulskaya (if that’s indeed the author) has made an outstanding pocket history of the use of italics in type, partly to defend against the fact that The Temporary State’s fonts do not use an italic typeface.

I knew, for instance, that Venetian printer Aldus Manutius is generally credited with introducing italics into European print (partly, the histories say, to imitate Latin handwriting, and partly as a space-saving device). I did not know that after other printers began to copy Manutius’s use of italics, the Venetian Senate granted Aldus exclusive right to use them.

I knew that Italian futurist poet and manifesto-writer Filippo Marinetti championed a wide range of typographic innovations; I did not know (or had forgotten) that he wished to reserve italic type for “a series of similar and swift sensations,” while bold would be used for the imitation of heavy tones, and so on. A kind of emotional functionalism in type.

It is strange, how Marinetti in his call for revolution against “the Poetry Book” doesn’t see any problem with italics. Somehow, Roman numerals are an issue, but the use of highly decorative imitation of a 16th century pretty handwriting is a futuristic expression, not part of the “typographic harmony” ensemble. It is even stranger, that he doesn’t address the application of italic itself, as his idea of highlighting the page with «3-4 colors and 20 different typefaces» is very close to how the use of italic is regulated in the Chicago Manual. The only difference is: where Marinetti suggests «20 different typefaces», Chicago suggests only one — italic. So, seemingly to achieve Marinetti’s idea all that is needed is to diversify the means of text highlighting. And it’s not like there are no alternative typographic traditions, which could be used to substitute the italic.

Much of the article is devoted to this; how you can achieve the typographic effect of italics (emphasis, foreign words, titles, etc.) without using italic type. Here the examples are legion. In German blackletter, foreign words (especially in Roman languages) would be put in Roman type, while emphasized words or phrases would be in boldface. In Cyrillic printing, especially in the Soviet period, you see “sperrsatz,” or wide spacing, to denote emphasis.

Bauhaus, following the German blackletter tradition, forsook italic typesetting altogether, opting for a combination of boldface, sperrsatz, and fonts of different sizes, all of which achieve the effect of italics without the pretense of adopting an old Latin handwriting style.

Since few social media networks support bold and italic typesetting, it’s interesting to think about the range of ways users still suggest italics or the effect of italics.

There’s pseudo-Markdown, in the form of

Of course, there’s
ALL CAPS

There are also memes and GIFs, which are a way of both drawing emphasis to text and giving it an emotional characterization that go far beyond what Marinetti could dream of with his really quite limited notion of “3 or 4 different colours and 20 different typefaces on the same page. That text itself would and could be animated, that it could be superimposed on a miniature movie that would explode into mostly-text networks, is a future Marinetti might have embraced, but one he couldn’t quite fully see.

This is interesting, since it's also used on mediums lacking display variants (e.g. Twitter). So many times a "D O N E" or "d.o.n.e." can intimate a slightly different tone than "DONE" or "*done*"